Preserving our past, Enriching our future

The City of Socorro, Texas is a historic community nestled within the Rio Grande valley of El Paso County. Located on the U.S.-Mexico border, Socorro boasts views of features in two countries including the Franklin Mountains, Ciudad Juarez, and the Chihuahuan Desert. The Mission Trail runs through Socorro, connecting it to El Paso to the West and San Elizario to the East.

The community of Socorro was first established on October 13, 1680 with the celebration of a Mass for the Spanish and Piro people who were relocated by the Pueblo Revolt in northern New Mexico. By 1682, the first Socorro Mission was established by the Franciscan Order and influenced by the Spanish and Native Americans who built the church and surrounding community. The Socorro Mission is recognized as the second oldest mission in Texas and is described as one of the best preserved examples of Spanish mission architecture, displaying excellent examples of Native and Spanish design.

The Rio Vista Farm Historic District in Socorro is known for its participation in the Bracero Program from 1951 to 1964 and its significant contributions to the broader fabric of Mexican-American history in the United States.  Rio Vista Farm is listed on the National Register of Historic Places and has been designated a National Treasure by the National Trust for Historic Preservation. 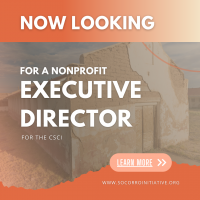 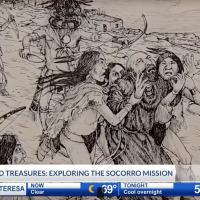 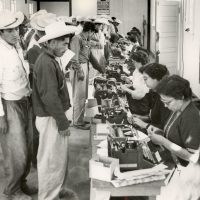 send us an email